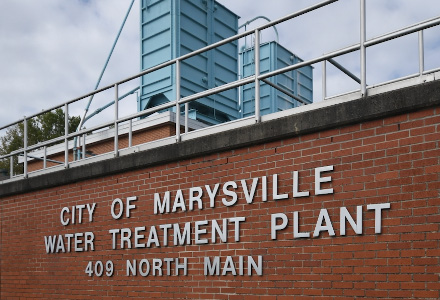 Pre-treatment of algae in feed reservoir 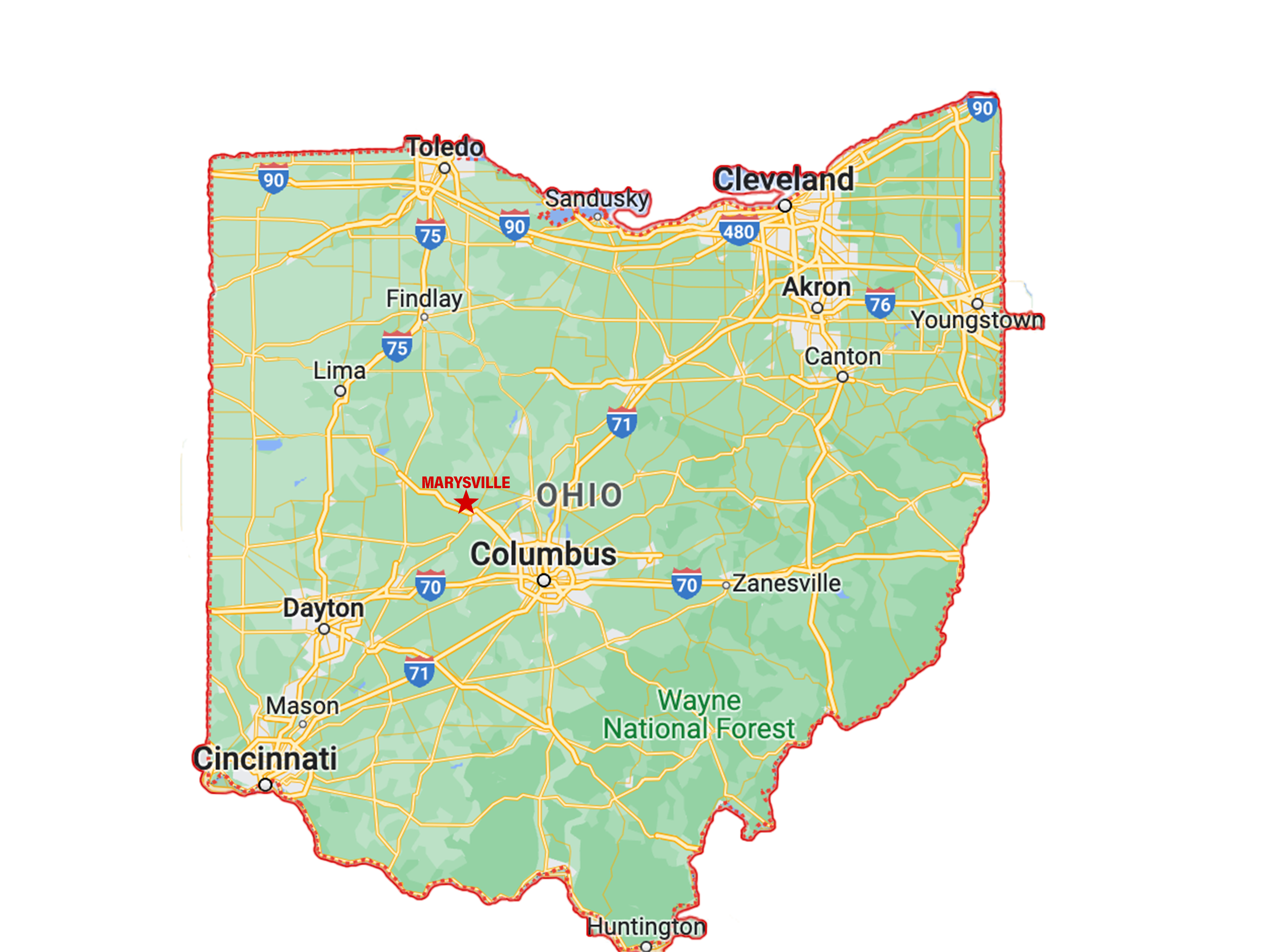 In late 2017 the City of Marysville in north central Ohio experienced its first Harmful Algae Bloom (HAB). After evaluating various alternatives with its Engineer, the city selected EarthTec to control microcystin-related issues resulting from algae growth in its surface water reservoir. Since initiating a proactive treatment program, the city has not experienced another HAB event. The city will commission a completely new water treatment plant in late 2022 and plans to continue using EarthTec to effectively combat algae issues.

The City of Marysville OH currently operates a nearly 100-year-old 4.3 MGD conventional lime-softening water treatment plant. With the ability to select from either ground or surface water, the facility has a great deal of flexibility to address water quality and treatment issues. Whenever possible, the city prefers to rely on its surface water source due to the simpler operation and lower cost of collecting and treating water.

After completing improvements to its surface water reservoir in mid-2017, the city experienced an algae bloom for the first time, with microcystin concentrations above 1.6 ug/l. This event triggered enhanced monitoring requirements and a review of treatment alternatives under Ohio EPA (OEPA) rules. Raw water microcystin concentration continued to climb, eventually reaching 2.69 ug/l in October. Problems persisted into winter with the plant finding detectable concentrations of microcystin in its finished water in December of that year, requiring a switch to treat 100% groundwater.

In February 2018 the WTP completed both a Treatment Optimization Plan (TOP) and Cyanotoxin General Plan (CGP) to address HAB issues. As part of the plan, the city evaluated the full spectrum of chemical and mechanical treatment options for controlling algae in its reservoir.

After further review the WTP identified EarthTec®, an algaecide containing only 5% copper but formulated entirely in the bioavailable ionic form. As a liquid, EarthTec is manufactured with a proprietary formulation that allows for easy application and extremely rapid dispersion when applied. Overall, the rapid dispersion of purely ionic copper reacts quickly to kill algae without causing cell lysis or other problems typically associated with other copper-based algaecide products. Further, the lower concentration of copper and the fact that it is already fully dissolved reduces concerns about accumulation within the reservoir. After reviewing and vetting EarthTec with its Engineer, the city began treatment in the spring of 2018.

Among the greatest advantages of EarthTec is its easy application by boat. The liquid product is transferred to a 60-gallon tank mounted in the boat, then delivered via 12V electric pump to two simple pipe manifolds that are towed beside the boat. The submerged manifolds easily deliver the product, which disperses rapidly in the water. Overall, treatment of the 110-acre reservoir can be completed within 1-2 hours by a 2-person crew. To prevent algae from ever becoming an issue, as soon as water temperatures in the reservoir climb above 50F the WTP applies EarthTec every 2-3 weeks and continues treatments as needed through the summer into early fall.

The results from the City of Marysville’s use of EarthTec algaecide speak for themselves. Since starting treatment in the spring of 2018, the city has not had another microcystin detection in over 100 samples collected in over 4+ years of monitoring. Just as importantly, the City’s EarthTec treatment program is extremely cost-effective with an annual cost of less than $15,000. Based on the good results, the city plans to continue its proactive EarthTec treatment program going forward to protect its significant investment into the new WTP, which will be commissioned in late 2022.